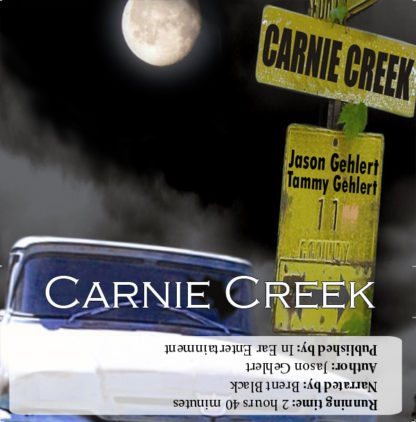 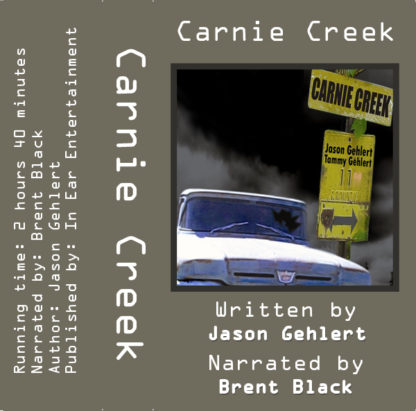 MP3s are standard music files that will play on almost all music players.

An official audiobook file recognised by iTunes. It will remember your position in the audiobook even if you play something else.

An uncompressed audio file for those who want higher quality.

A horror novella audiobook by Jason Gehlert in the style of a 90's high-school teen horror movie. The story is narrated by Brent Black. It is shipped on a 4GB 'Cassette Tape' USB Stick with your selected artwork and can be download immediately after purchase.

For twenty years they hid, calling the surrounding wilderness their home, waiting for their turn at revenge against the men who brutally killed their family. Now the time has come for the mysterious figures in the woods to emerge and fight back against the town sheriff and rogue preacher. A line will be drawn between good and evil. They say time heals all wounds, but for the town of Carnie Creek, the carnivorous carnies will reopen them.

Jason Gehlert is married with five children and has a collective library of horror and science fiction novels to his name. He penned the popular Quiver series, fan-favorite Contagion, the sci-fi epic Europa and Demon Revolver along with Carnie Creek.

Brent Black, also known as brentalfloss, is a musician and voice actor that is best known for adding lyrics to classic video game titles, such as Punch Out, Megaman 2, Super Mario 3D World, and Donkey Kong Country. He also has original songs for his albums and some on YouTube, such as This is the Album You’ve Been Waiting For, The BrentalFloss Comic Song, and his first song ever, The Dreamer. You can view his work on YouTube.

There are no reviews yet.

Be the first to review “Carnie Creek” Cancel reply 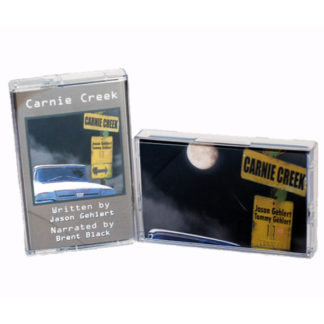 Due to a combination of Brexit and tax laws designed to combat large companies like Amazon that really end up punishing small companies like us we are no longer able to ship to EU countries. Dismiss